It’s almost Valentine’s Day and while for many people that means making plans with a significant other, a large number of people will find themselves alone this year. Many of my single friends seem perfectly okay with that, but others lament and spend hours on Pinterest posting pictures of a someday dream wedding. I totally understand feeling lonely on Valentine’s Day or any other day once in a while; however, in this era of Keeping up with the Joneses, the desire to be in a relationship can take on a new flavor. The pressure to be in a relationship in order to appear happy… or worse, to actually be happy, seems to encourage a disturbing trend. The Fake Girlfriend/Boyfriend. 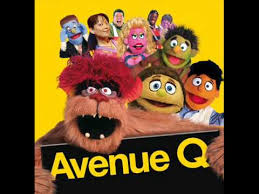 Now everyone loves the light-hearted fodder of a sitcom or romcom. Ok, well, maybe not Just Go With It, which seriously may be one of the worst movies of all time. But who doesn’t love humming along to My Girlfriend Who Lives in Canada?  That being said, what if the fake S.O. isn’t a sitcom, though. What if it’s not just a way to get grandma off your back and it actually masks a societal shame of being single. Or if it’s a narcissistic compulsion? Could it be a symptom of a deeper mental crisis? Oh, Jan!

This may be old news to some people, but I just happened upon a news story today about an app called The Invisible Boyfriend. Really?!? This app lets users create, and communicate, with their fake boyfriend. As the website says, “HAVE TEXT CONVERSATIONS, SHARE PHOTOS, AND TELL A BELIEVABLE STORY ABOUT YOUR ‘INVISIBLE’ BOYFRIEND.” I wouldn’t self-identify as a feminist, but this whole phenomena just kills me. Why is it so bad to be single? And why is it such a problem for some people to have something that other people don’t have, at least at any given moment in time? Ladies, Ladies, Ladies! You’re making us all look bad. Get a grip. Also? Quit encouraging this behavior in others. It’s just not healthy.

In preparing to write this post, I found a wikihow site that gives instructions on How to Fake Having a Boyfriend. It gives tips, dos and don’ts, and even suggests an exit strategy.

Step #7 Stage a break up. Before you do this come up with a reason why and who initiated it. Opt for something believable. (Example: Your “boyfriend” cheated on you.) You may want to consider moping around for a few days, anxiously checking your phone for messages every ten minutes.

This is all just horrible and sad. If you’re one of these women who plan to spend Valentine’s Day with your very own George Glass, this message is for you.

You don’t need to do it. You think people care or are judging you, but they really aren’t. And if they are, why in the world would you care? Just walk away from that nonsense. Bottom line – You are you. You are not who you’re with (or not with), not what you own (or don’t know), not what you wear or where you live or what you ate for breakfast. All that a fake boyfriend will do for you is

If you’re single this Valentine’s Day, do something awesome for the love of your life. Yourself. Go have a spa day and get a facial. Read a book. Or do whatever it is you like to do when you’re off on your own. But please don’t embarrass yourself. A fake boyfriend (or worse, a series of fake boyfriends) is not as easy to pull off as you think. Even with invisible boyfriend pictures and texts, most people will figure it out pretty quickly.

i'm just me View all posts by erika leigh

This work by Erika Burrows is licensed under a Creative Commons Attribution-NonCommercial-NoDerivatives 4.0 International License.